The Cambridge Morris Men were founded in 1924 and are one of the oldest revival sides in the country. In the early days we toured the Cotswold villages and noted down many dances which would have been lost.

Our season begins with a whole day tour, the Spring Day of Dance on the last Saturday in April.  Through the Summer we dance out on Friday evenings at pubs in Cambridge and the surrounding villages.  Through the autumn and Winter we practice on Tuesday evenings, followed by a well-earned drink at a good pub.

Our next event is Plough Monday, January 13th 2020, when we are out in the day performing traditional Molly dances, and in the evening at Balsham with the Ploughboys.

Morris Occasions
At the midwinter festival of Plough Monday, we perform the East Anglian “Molly” dances during the day. In the evening we join the Ploughboys in a tour of the village of Balsham, visiting many hospitable families and the village pubs. Here’s a report on Plough Monday 2017.  More about CMM and Plough Monday… 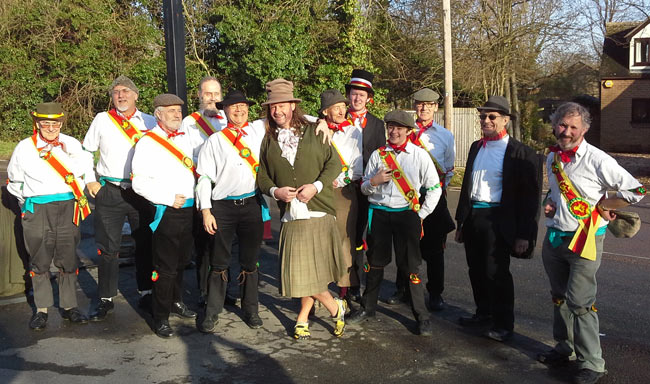 During the summer we arrange a tour either around the UK or abroad. The 2018 Travelling Morrice Tour organised by John Weaver took place at the end of June. Check out news for a report and lots of photos

Sticks and Hankies
Hazel cudgels do make a satisfying noise, there’s no doubt about that. Symbolism? Who cares? The hankies and bells accentuate the dance moves.

Music
Music is an important part of the Morris, and we dance to a variety of traditional instruments such as Pipe and Tabor, Fiddle or various squeeze boxes. If you can play any of these you will be extremely welcome to come along as a musician.

The Collection
There is a tradition that donating beer or its equivalent coin to the dancers brings good luck to the audience. In times of poverty the traditional dancers played upon this idea. We like to engage the audience in conversation, and to drink their health after the show. 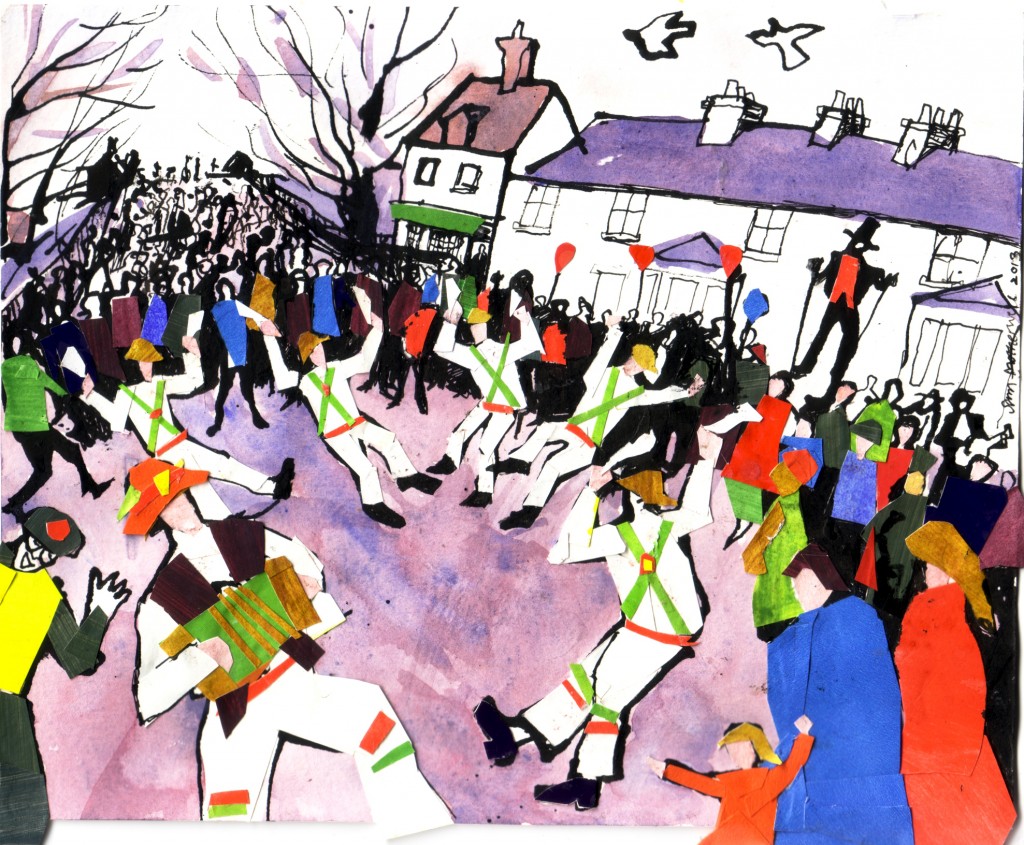