“It is with great sadness that we announce the death of Rollo Geoffrey Woods, who died today, January 29 2018, at the age of 92. There will be a thanksgiving service in Swanage URC at 1200 on Friday 9 February, with a further celebratory event on April 7 from 3pm at Swanage School. All who knew him are warmly invited to attend one or both of these events.

To put into words his achievements would take more space and time than we have, but I shall try. Much of his personal life was devoted to the folk arts. His grandparents were keen revivalist folk singers and his mother was a dancer – it was she who first introduced him to English Country Dancing in 1937 at the age of 12. He was Squire of the Cambridge Morris Men and later the Winchester Morris Men. He took up the English concertina in 1948 and played with William Kimber, Scan Tester, Stephen Baldwin and Bob Cann. He also contributed much of the music for Lionel Bacon’s seminal “Handbook of Morris Dancing”, known to all as the Black Book. He played for ceilidhs for longer than some have been alive, over 60 years. He founded the first ceilidh band in Hampshire, the Black Glove Band, ran the Greenwood Tree in Swanage for 20 years and his last band, Maiden Oak is still going today. His arrangements and sets are legion and legendary, becoming common currency in the region and survive as battered photocopies all over the country!

For many, Rollo will be remembered as a researcher. He started researching West Gallery Music in 1972 after a chance discovery of manuscripts in Widdicombe in the Moor in Devon and it gradually became a consuming passion. He founded the Madding Crowd in 1975, the Purbeck Village Quire in 1989 and was a founder member of the West Gallery Music Association in 1990. He has published several books on the subject, his last, the second edition of “Good Singing Still”, being released only last year. In 2015 he was awarded the gold badge of the English Folk Dance and Song Society for a lifetime of work promoting the folk arts.

That is how posterity will remember him, but to those who met him he will be remembered as someone who took an interest, who worked tirelessly on behalf of others and one whose dry humour was never far away. He led dance workshops with EFDSS, ran the children’s band at the Avon Tyrell residential weekend and ran evening classes for Hampshire County Council’s Further Education department for over 15 years. He would construct all sorts of instruments out of odds and ends for these groups and it was he who gave many children their first experience of playing music, myself included. This was a source of great pride to him in later life. On a personal note, it is because of him that I have had such a huge amount of pleasure in playing traditional music and playing the melodeon.

He leaves behind his wife, Anne, four children, four grandchildren and two great grandchildren. We will miss him.”

It is with much sadness we have to report the passing of Reggie Welbank, longstanding Cambridge Morris and Travelling Morrice Man and Musician. 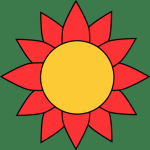 Come and try Morris Dancing! On Tuesday 1st October at 8.15 pm, there’s a taster session, free and open to all. Come along to the Arbury Community Centre on Campkin Road, CB4 2LD. This is your opportunity for a workout, improved coordination and a better life.