Six elected members of CMM and nine honorary men were among the largest gathering of CMM members ever at that event on Saturday, 12th November:

It was a great evening.  At one stage the younger members of CMM, Anker MM, Jockey MM and ESMM (no doubt with others) performed a nine-man version of the Quaker, Bampton.  Much later Matt and Ollie were two of the three who performed correct Bucknell double capers in Saturday Night.

Helen Strudwick of Devil’s Dyke MM and The Fitzwilliam Museum arranged for a combined show of DDMM and CMM in front of an early 17th century painting showing a Morris side dancing beside the Thames opposite Richmond Castle.  The painting had been in Lord Fitzwilliam’s collection, donated to Cambridge University 200 years ago as the foundation of the museum. 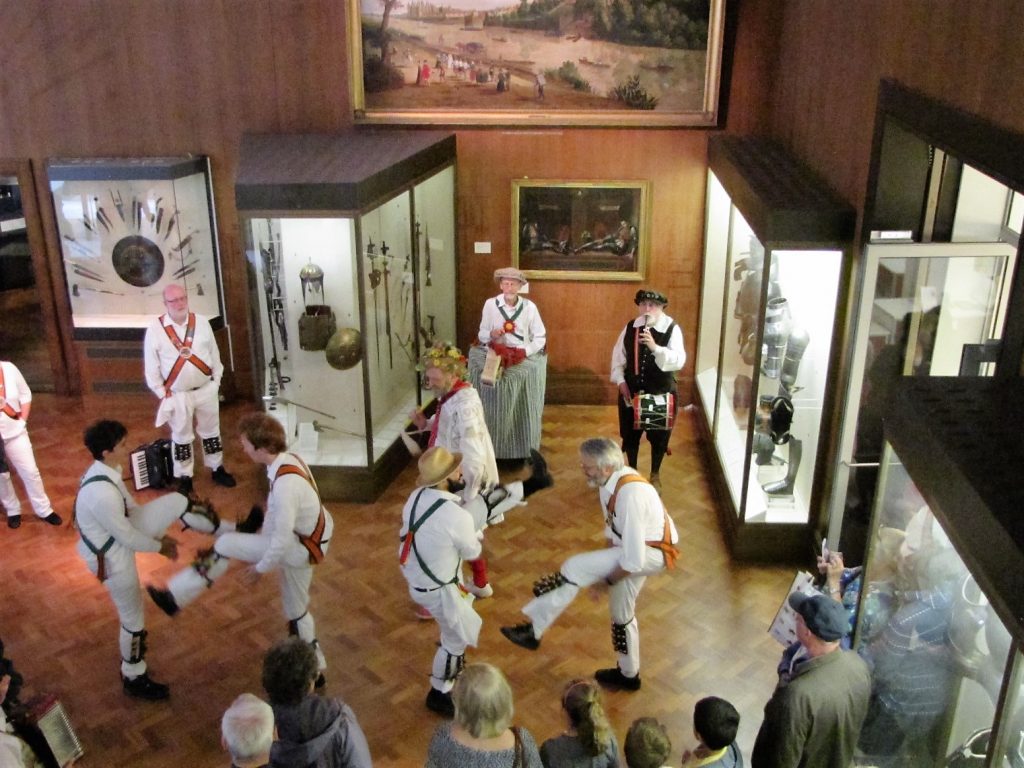 DDMM and CMM four in line with Taborer, Hobby Horse and Fool